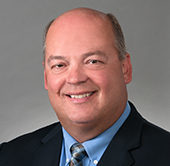 First Energy Corp.’s Davis-Besse Nuclear Power Station located in Oak Harbor is the first of two nuclear plants built in Ohio. In early 2014, Davis-Besse began a $600 million upgrade including refueling the reactor core, which required advanced planning involving the Rudolph Libbe Group. We have had a presence there over multiple decades, and were not only involved in the 10-year project planning period, but also joined the plant’s regular 700-member work force during the outage.

The project took nearly a decade to plan, but once construction broke ground RLG joined Davis-Besse’s regular 700-member workforce to complete the project. Along with replacing each steam generator, our team built support buildings and supplied temporary power. Abiding by all nuclear industry protocols and procedures, we successfully completed the project and worked more than 260,000 hours in the protected area and restricted owner-controlled area without a recordable safety incident.