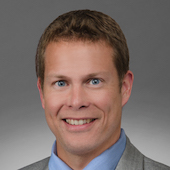 Company owners and co-presidents Jonathan and Craig Slass selected GEM Energy as the design/build contractor for the solar array as well as electrical upgrades. Rotor Clip introduced solar to benefit its operating expenses in the long term.

“One of our major costs at this plant is electricity,” says Jonathan. “We were looking for a solution that would allow us to lock in our utility rates long-term and allow for operating expense reduction. We still need electricity to run our production, but by adding solar we can now predict our long-term costs as well as secure better rates.”

The project included an electrical upgrade for three of the company’s manufacturing buildings to accommodate the added solar and future building electrical loads. In addition, GEM Energy worked with New Jersey interconnect rules and PSE&G to accomplish the required permitting. The new system will produce up to 40 percent of the energy demands for Rotor Clip’s manufacturing facility. Constructing a solar array at an operating facility presents challenges

GEM Energy built much of the project on the site working with plant personnel and the local utility. To not impact production, installation was coordinated around three shifts, seven days a week. Shutdown work for the electrical upgrades occurred on weekends, nights, and holidays, with one shutdown per electrical tie-ins.

Additionally there were challenging site issues, including wetlands and a ravine that ran right down the middle of the field. A large number of trees and vegetation had to be cleared, and workers faced extreme winter weather and abnormally wet conditions.

The Rotor Clip project was completed in September 2018 with a fully operational solar field.