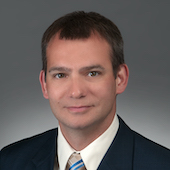 First Solar selected the design/build project delivery method to meet the fast-track schedule. Design began in March 2018 before the property purchase was final and was completed in late April. The company broke ground as planned in May 2018, only 43 days after the project was publicly announced.

Long before ground was broken, however, the building was constructed and the vast amounts of process equipment installed in a computer model, coordinated by Rudolph Libbe Group’s Virtual Design and Construction (VDC) team to ensure accuracy and efficiency.

To meet the aggressive schedule, the massive building was enclosed in sections with the team digging foundations, placing concrete, installing utilities, and erecting precast steel and panels simultaneously, through a severe winter and wet spring.  The team used load-bearing precast walls to reduce the amount of perimeter steel and an early suppression fast response (ESFR) sprinkler system which eliminated the requirement for heat/smoke vents and draft curtains.

GEM Inc. fabrication shop welders built uni-strut utility stands in-house, which plumbers then assembled to save field work. Field workers only had to tilt them up, anchor them to the ground, and make the tie-in.

Electricians from GEM Inc. managed the plant’s138kV/(2) 30 MVA substation as a design/build project including site work, foundation and equipment design.

The project was completed on time and safely, with minimal incidents and zero lost-time for the entire project – 418,051 man-hours worked, vast amounts of materials and thousands of deliveries.